I’ve been in this country for about six weeks now and one of the consistent struggles I’m finding is fighting the feeling that I’m on holidays. Though here it would be called vacation. My brain knows that I’m here for the long haul. But the rest of me, the me that drives most of what I do, still thinks it’s holiday time. Time to eat and drink and buy stuff I wouldn’t usually buy.
My biggest issue: Pies.

I am eating all the pies. And not metaphorically like we say in Australia when someone’s put on a little weight, look who ate all the pies. I am very literally eating all the pies.
Now at first, I justified it by saying I wanted to try all the different flavours. I mean come on, how am I supposed to know which one is the best if I don’t try them all? So we started with strawberry and rhubarb, then apple and strawberry, blueberry, cherry, pumpkin… the list goes on. They are pretty darn good, all of them, I have to say. And if I were on holidays there would be an end to this. I would hop on the plane and wave goodbye. No more pies for Lauren. But… I’m not.

Canada you need to make your pies less delicious or at the very least more expensive. How can I say no to a giant blueberry pie with deliciously flaky, not too sweet, shortcrust pastry that’s only $6.99? For that price in Australia, I’d be lucky to get a frozen Sarah Lee pie that was half the size and full of soppy apple mush and ice crystals, with a crust that’s chewy when it really shouldn’t be chewy.
Canada, your pie game is too strong for me.
Other justifications include that it’s fruit and is therefore somewhat healthy. The bonus is that my kids are allergic to fructose, which precludes them from getting in on most of this pie action. Another one is that I only have one small slice per day. But after six weeks, that’s still a hell of a lot of pie. I have successfully worked my way through all the flavours now and have ended up back at the start. But I haven’t tried the strawberry rhubarb pie from Sobeys. It might be better than the one from Fortinos. And so on, and so on. I can probably come up with endless reasons to keep buying them. Annndd… I probably will.
I wonder when the holiday feeling will wear off. Will I start being more sensible at some stage? Or will I continue to grab a pie with every grocery shop? Or not so guiltily send my husband out after the kids have gone to bed to fetch desserts! What’s that you say? I still haven’t tried bumbleberry? I don't what that is but I absolutely must rectify this oversight
For my health and my husband’s, let’s hope it’s sometime soon. I’ve got to at least broaden my dessert scope to include other sweets. We don’t want to be narrow minded about this.
Then again… the cherry pie I last bought was out of date. So surely that doesn’t count… 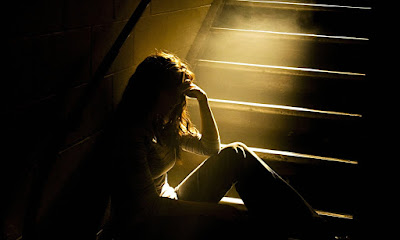